I thought this was an interesting view, with the contrast between the two forms of energy generation. In the distance are wind-turbines producing renewable electricity, and the buildings nearer the foreground are the Dounreay nuclear power station. It was a cloudy day with sunny intervals, so I chose to have the distant wind-turbines in a patch of sunlight, while the foreground was in shade. This created a focal point, but it also highlighted the current push for more renewable energy, rather than the controversial nuclear option.

René PleinAir said…
Nice comment but I wonder how much energy those few birdslicers produce compared to this nuclear plant, ...

Keith Tilley said…
The nuclear plant was the first one in the UK, but it's being decommissioned now. Unfortunately because we get a lot of wind here, we seem to have turbines all around. It might not be so bad if we got cheaper electricity!

I stumbled across a video the other day with Trevor Chamberlain painting in it. If you haven't seen it before, I think you might find it interesting -

René PleinAir said…
I'll doubt it would get cheaper, ... it getting more profitable for the big companies but the actual cost will be for us and our children and grandchildren.

A nice docu around this subject is from a Dutch documaker who lives in east Germany. 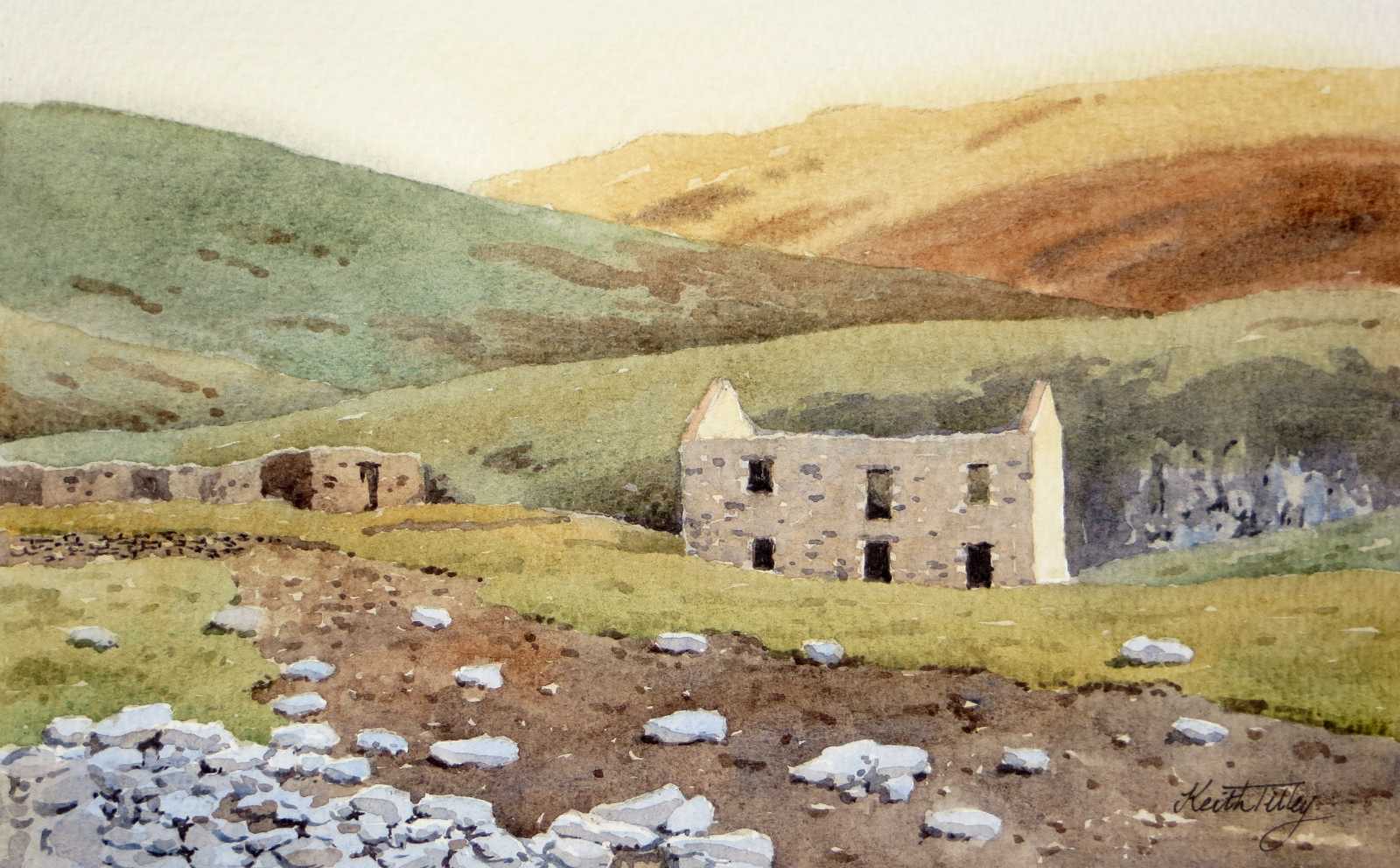 Harbour Buildings at Sarclet - watercolour, 16 x 26 cm   Old buildings left from the time when herring fishing was a big industry in Caithness. Wherever it was possible to get down to the sea, along the rugged coastline of high cliffs, there were little harbours with buildings for processing and storing fish. www.keithtilley.co.uk
Read more 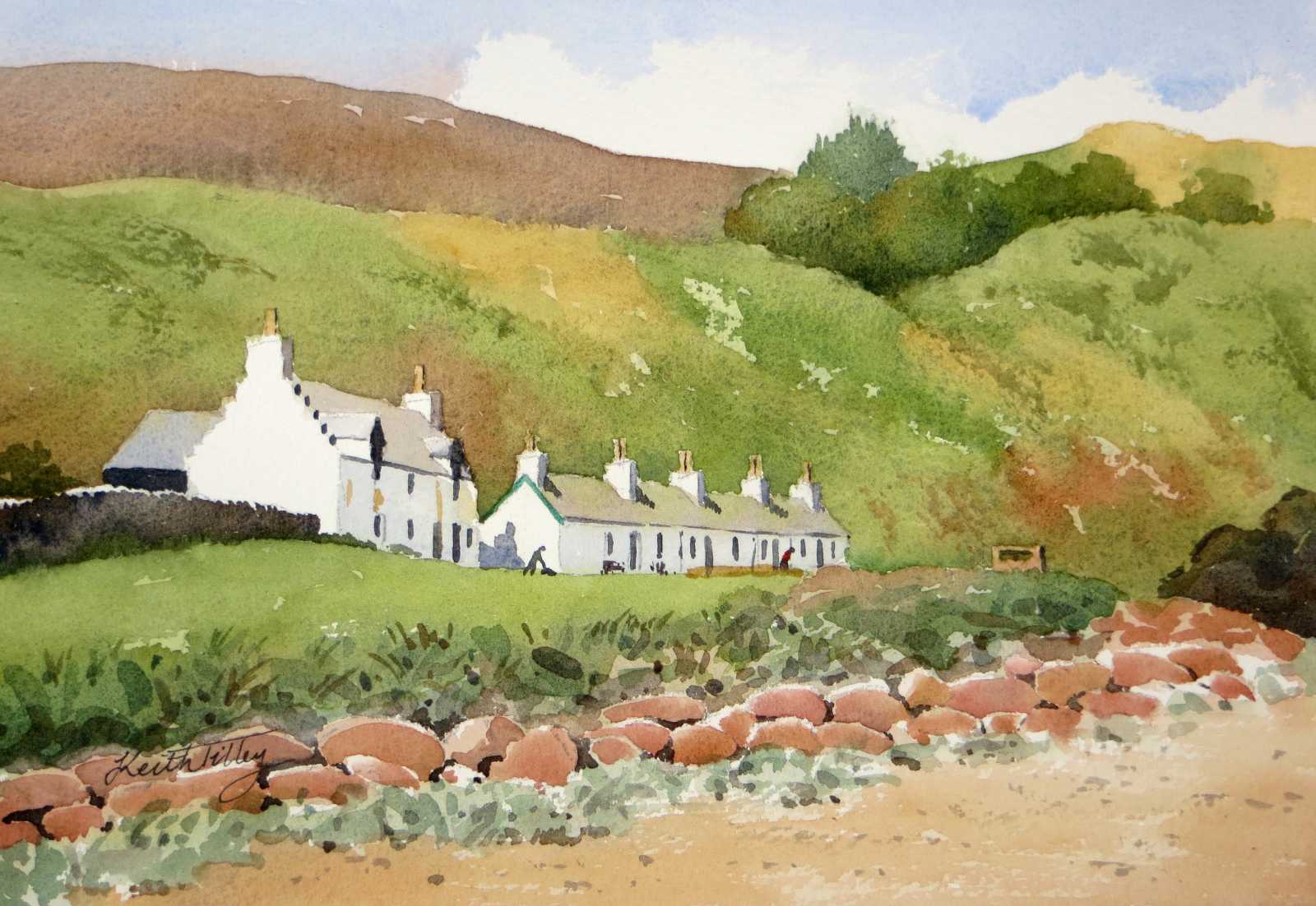 Shore Cottages at Berriedale - watercolour, 17 x 26 cm   Old fishermens' cottages at Berriedale, in Caithness. They stand right on the edge of the shore, at the mouth of a river, and there is no vehicle access to them. The only way to reach them is over a narrow footbridge across the waterway. Sold www.keithtilley.co.uk
Read more 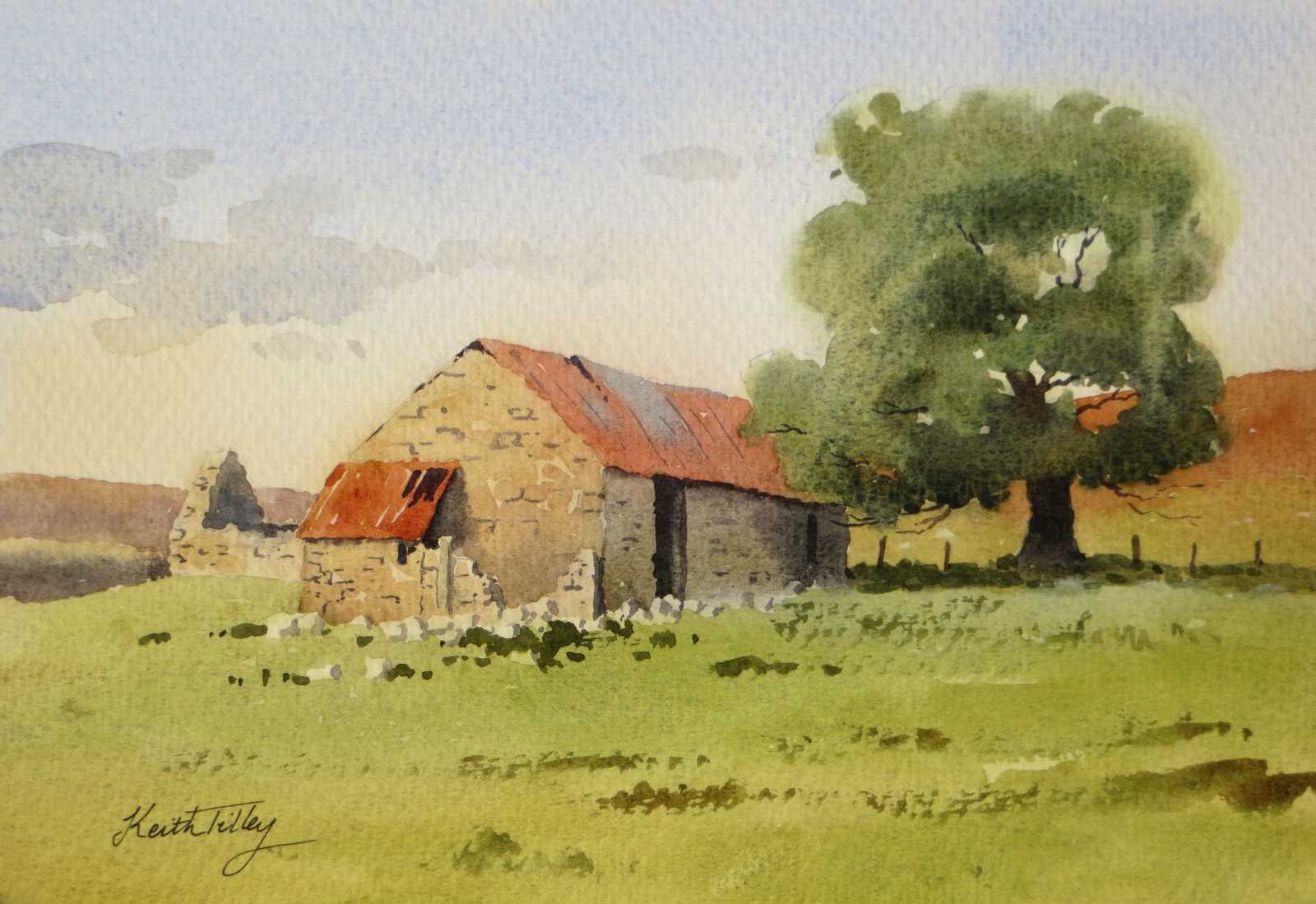 A Ruined Croft - watercolour, 17 x 26 cm So often it's the simple subjects that make the best paintings. I came across this old ruined croft while out walking. At first glance, it wasn't particularly special, just another ruin in the countryside, but that was really what made it an interesting subject: these abandoned farmsteads are dotted throughout the landscapes of the Highlands and they make up so much of the character of the area. From a more technical point of view the red tin roofs, contrasting with the greens of the grass and tree, made a striking colour scheme. www.keithtilley.co.uk
Read more