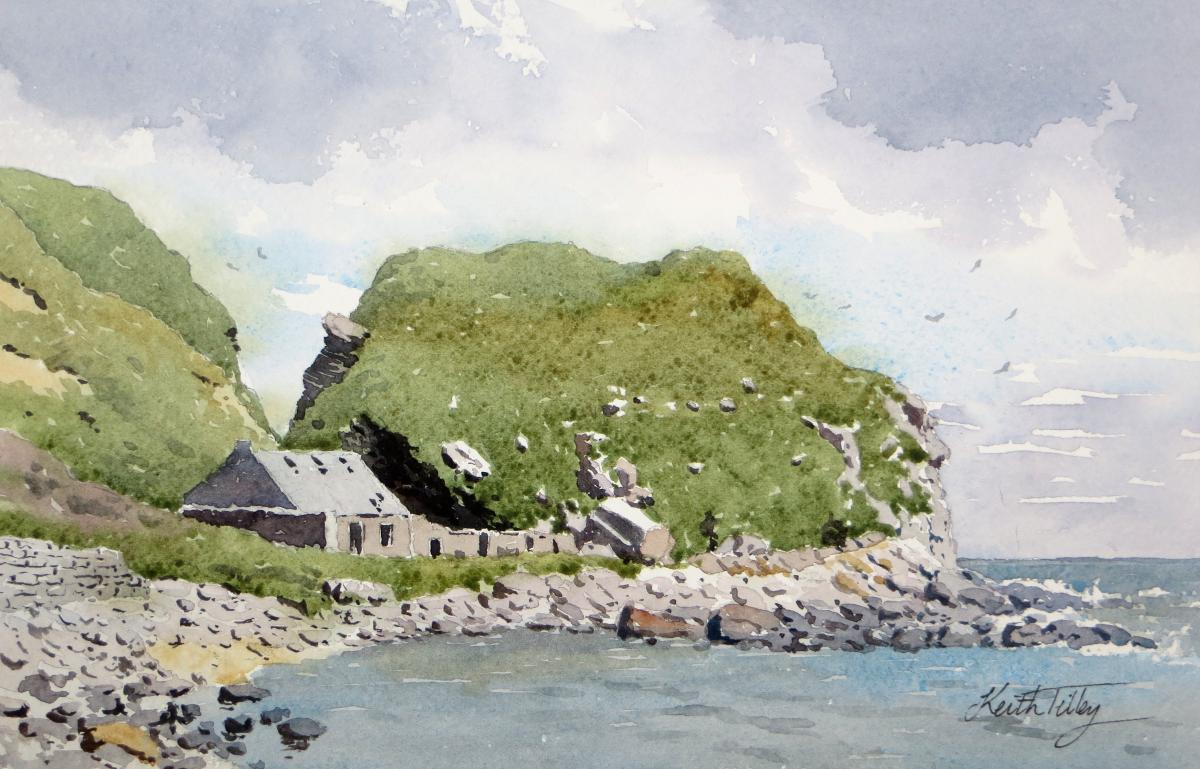 
I came across these old buildings, tucked into the cliffs, on a walk along the coast. They are hidden away and forgotten now, but they were probably connected with the herring fishing industry, like many other shoreline ruins.

October 10, 2019
The sea between the island of Stroma and the Mainland has very strong tidal currents, where the waters of the Atlantic Ocean and the North Sea meet. This has made it an ideal site for the first commercial tidal power generation project in Scotland, and currently the largest in the World. The turbines are in the form of large propellers, similar to wind turbines. It's good to see a World-leading project based here in Scotland, and the Country is well on the way to having most of its energy from renewable sources.

I am concerned about the effect on marine life, particularly the whales and dolphins which are often seen in these waters, but I hope the environmental impact is being monitored and taken into account.

The ship in the painting was in the process of servicing one of the turbines.

May 11, 2016
"Moine House, Tongue" Watercolour on Fabriano Artistico 300gsm Rough paper 25 x 36 cm
West of Tongue, in Sutherland, there is a large peat bog called The Moine, which stretches all the way over to the next valley. At more-or-less the highest point there is a ruined building, called Moine House, which I have always found very striking. It is a wild and lonely spot and it has a background of dramatic mountains. I assumed that it was an old drovers' inn, but a plaque* on the wall tells the story of how it was erected as a refuge for travellers.

I often think that the Flow Country can look like an Arctic landscape at times. Especially in freezing temperatures, this kind of scene reminds me of images I have seen of places like Svalbard.
www.keithtilley.co.uk
5 comments
Read more